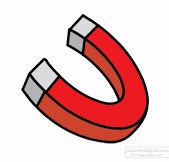 When it comes to magnets, there’s a lot of information and misinformation out there.  And it can be hard to separate fact from fiction. Here are the top five magnet myths we find ourselves explaining regularly. To explain this, it’s important to note there are two types of drives: solid state drives and hard disk drives.  Traditionally, hard disk drives (HDD) create binary code by changing the polarity of the magnetic bits. So, in theory, a magnet would flip the bits and effectively erase any data stored on the HDD. Unfortunately, the strength of magnet needed to accomplish this feat is equal or greater to that of most MRI magnets, or 1.1 Tesla. Solid state drives (SSD), for example USB thumb drives, smartphone memory and some laptops keep binary code in a stored charge. No magnetic field needed.  In this case, a magnet poses no ability to affect the stored data on SSDs.

If we remember our science classes, we recall all magnets have a north and south pole. If you cut a magnet in half, you simply have a smaller magnet with two poles. These are called dipole magnets and is how magnetic material is found naturally. While we manufacture magnets with more than two poles (flexible magnetic sheeting commonly is magnetized this way), it isn’t currently possible to provide a magnet with just one pole.

Confusion over single pole, or monopole, magnets stem from multiple sources. First, some magnets are sold labeled as north or south – which isn’t to say they are monopoles. These magnets simply have a particular pole facing out, with the opposite pole covered with adhesive or surrounded by a metal or plastic cup. Some applications require a north/south magnetic selection, where it is important to match the poles correctly.

However, recent groundbreaking research led physicists to create a synthetic magnetic monopole under extreme conditions in a laboratory².  This paves the way for future potential breakthroughs, despite the fact that no observation of a naturally occurring magnetic monopole has been identified.

If you think of a traditional image of bar magnet, half red and half blue, then it might be easy to understand why some people interpret north and south poles as positive and negative. In reality permanent magnets don’t have a positive or negative charge. They have two consistent magnetic fields, or dipoles. Currently, there are no monopole magnets. By nature, an electrical charge is either positive or negative and can exist without its opposite. Because an electrical charge is referred to as a monopole and magnet cannot be monopoles, positive and negative magnets don’t exist either.

In this case, it’s mostly a myth. We can refer to our first myth for the science (magnets won’t damage the phone’s memory). However, magnets have the potential to impair the phone’s internal compass. Fortunately, most magnets simply aren’t strong enough to cause a problem – even neodymium magnets. It takes a larger rare earth magnet to interfere with the internal magnetic sensors or to lightly magnetize internal steel components. Just think about how many cell phone cases, holders and accessories feature magnets to understand how confidently magnets are used near cell phones. However, since we love our maps and apps, we don’t recommend rubbing industrial strength magnets all over your phone! This is one magnetic fact that is rapidly changing with times. The black stripe on the back of most cards is referred to as a magnetic stripe. So it’s logical that the stripe can be erased, or even partially scrambled, by coming in contact with a magnet. However, not all magnetic stripes are created equal. The coercivity of a typical credit card is high, meaning it takes a little more work to demagnetize the strip. Hotel keys possess a lower coercivity meaning making them much more susceptible to demagnetization. However, with the advent of the RFID chips, magnetic strips soon may be irrelevant. Permanent magnets have no effect on RFID chips. They won’t erase, block or scramble the card’s data.